Are we stuck in a stand-off of "traditional" vs. "contemporary?"

After the leave-taking of the old Seabury chapel and campus (see last post), we drove to the new site and blessed its spaces, including the chapel.  From a funeral to a baptism, so to speak; death, burial, and resurrection.

The new chapel is, as yet, without Altar and Lectern (and  a stand for the Font -- the bowl was used for the blessing).  I had a chance to chat with the artist who is making them, David Orth. I asked him about the widely noted attraction of traditional worship for younger people, often to the curiosity, if not confusion, of middle age and older folks who feel much of their life has been an exodus from the way things were when they were young.  Some of this may be normal generational differentiation, but maybe not all of it, and maybe not the heart of it.

Is "traditional" the best that is available for a desire to find solid foundations or deep roots?  Is the longing actually for what is authentically ancient, yet expressed in our ways, in our time?  That is what David is attempting with the furnishings for the new Seabury chapel.  I think it is Peter Rollins who says something to the effect that what we should seek is not the Early Church but the Event which brought the Early Church into being.
Posted by John P. Downey at Wednesday, January 25, 2012 No comments:

Funeral for a Chapel

Last Friday, on the Feast of the Epiphany, I was able to participate in the formal leave-taking of the Evanston campus of Seabury Western Theological Seminary, the seminary I attended and graduated from in 1980, with its Oxbridge inspired buildings, including a Harry Potter style Refectory.  A final Eucharist was held in the Chapel of Saint John the Divine, a liturgy that included prayers of thanksgiving for what had been and hope for what will be. It must have been hundreds of times that I entered that chapel -- to pray, to sit and think, to just sit.  It was central to my formation and to that of many others.  But now it was time to let go.  Afterwards, we got in our cars and drove out to Seabury's new location on the sixth floor of the national offices of the Evangelical Lutheran Church in America.  As Seabury Next, the seminary has positioned itself for a nimble responsiveness to the changes and opportunities of today and the future.

The last several years at Seabury saw many ups and downs, twists and turns, trying to find ways to revitalize the older seminary model -- even a grand plan calling for a major capital campaign that just didn't have traction.  Finally the painful decision was made to sell the campus, let go of faculty and other staff, change programming, and find a new location to fit the new direction.  And after the struggle and grief, there is now a real sense of possibility and newness.  Time will tell where it will go, but having followed all this closely over the years, I am both proud and inspired by the courage and boldness of those who led these efforts, decisions, and transitions.

It is the best of what I mean by "believing in the resurrection of the dead and looking for signs of it on the other side of Christendom."  There will be many moments and opportunities like this around the Church in the coming years -- coming very soon.  May there be more and more people and places that face the facts and move on to a new hope and possibility. 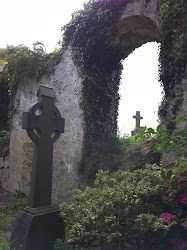